A small rest home in Taumarunui has won at the Aged Care Awards with an initiative inspired by the charm of a baby miniature horse named Twiggy. 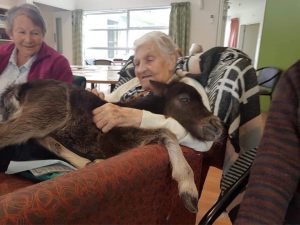 Twiggy, the miniature horse, making herself at home at Avonlea Rest Home

The awards, announced at the NZACA and Retirement Villages Association (RVA) Annual Summit gala dinner in Christchurch on 24 August, recognise excellence in care facilities or a particular aspect of running a care facility, and also individuals who have made outstanding contributions to the lives of the people they care for and those they work with.

Miniature horse brought joy to the residents during the pandemic

After being found abandoned by her mother on a nearby lifestyle block, the staff took Twiggy under their wing and introduced her to the residents at Avonlea to bring joy during the height of the Covid-19 pandemic. Twiggy’s daily visits and pats proved to be therapeutic for the residents and staff.

The win came as a bit of a shock to manager Anna Looby: “I was extremely surprised with our win! We were up against some stiff competition… I hadn’t even had a thank you speech organised, so really had to wing it!

“I really wanted to showcase how us ‘rural folk’ do things and the fact that having a horse living inside is unusual anywhere.”

Twiggy initially rose to fame in November 2020 where she was featured on TVNZ’s Good Sorts segment. However, she unfortunately passed away earlier this year. 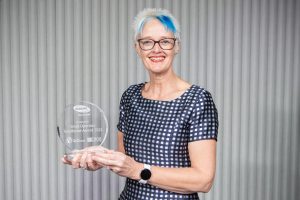 But it hasn’t all been horsing around at Avonlea Rest Home. Anna takes staff development seriously, with five of her team currently enrolled in a workplace training programme through Careerforce.

“I currently have two staff completing the New Zealand Certificate in Health and Wellbeing (Level 4) (Advanced Care and Support) using the apprenticeship model. They are enjoying this and appreciate the direct involvement and feedback from their Careerforce Apprenticeship Advisors,” Anna says.

“Avonlea uses Careerforce because the study options are flexible. We all know staff have busy lives so the choice of online or paper-based options appeal to staff.”

Meanwhile, Presbyterian Support’s Enliven Central aged care services were the top winner at the awards. Not only did they win the EBOS Healthcare Overall Excellence in Aged Care Award but they also took out the Arjo Training and Staff Development Award.

While the award specifically recognises the training and development of their enrolled and registered nurses, Enliven Central’s exceptional training infrastructure extends to healthcare assistants, cleaners and diversional therapists with the support of Careerforce.

Enliven Central Clinical Director Joy Tlapi says, “For Enliven, we see anyone joining the organisation, not just coming to a job but it being the beginning of a career pathway for them.

“As an organisation we believe that the same measure of investment you put into your staff is the measure that the staff will put into the lives of the elders entrusted into our care.”

Learn more about the awards and see the full list of this year’s winners.