Darren Best gives his 100 percent in his volunteer work at Ashwood Park Retirement Village in Blenheim. His efforts were recognised not just by the residents and management of the retirement village but also recently at the Minister of Health Volunteer Awards where he was the Health Care Provider Service Individual Winner.

He began volunteering 3 and a half years ago after a medical condition limited his working capacity. With his previous employment out of the question, he explored his options and discovered diversional therapy.

“I wanted to do some type of ‘work’. My ACC case manager at the time made up a list of possible jobs, diversional therapy was one of the options. I had never heard of this job before at this time.”

Best learned and worked alongside Angelea Stanton, Ashwood Park’s registered Diversional Therapist who nominated him for the Minister of Health Volunteer Awards.

“Not only did he make a decision to give up his time to volunteer but he also chose to undertake study to enhance his knowledge. The diversional therapist role is varied and complex.  It is also increasingly becoming more important and recognised in the health sector as we move to true holistic care rather than just clinical care. Darren saw the need to be better educated and this deserves recognition,” says Stanton. 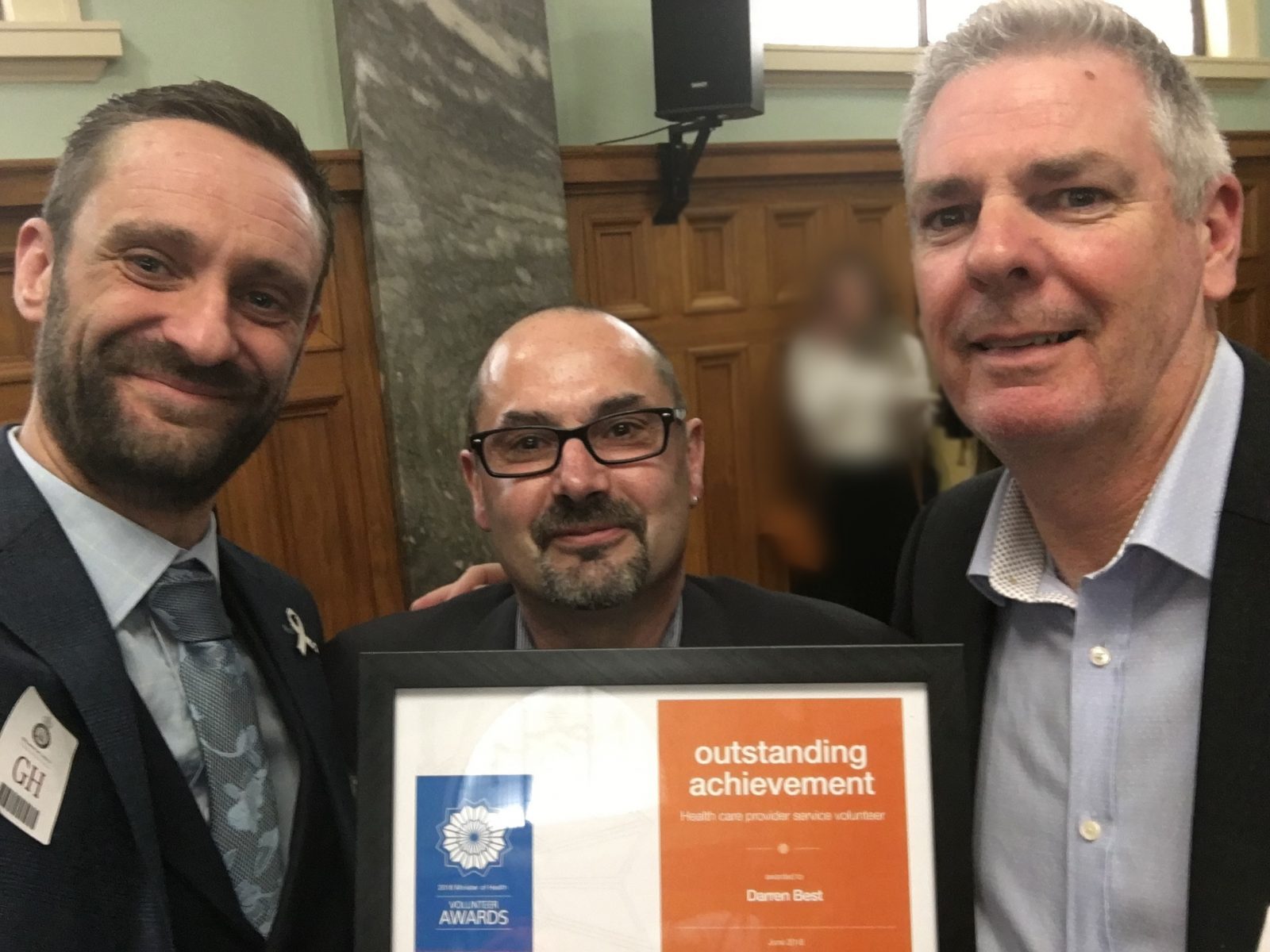 Best volunteers two hours a day, three times a week. Shortly after starting, he was offered the opportunity to do on-the-job training that will enable him to achieve a nationally recognised qualification in Diversional Therapy with the support of Industry Training Organisation, Careerforce.

Best said volunteering gave him so many highlights in his day.

“The smiles, laughs and hugs I often get from the residents bring me joy. I have also made a lot of friendships with the staff, management and residents here.”

He says, “This is not about the money. It’s more about giving others the life that they should have and enjoying the friendships made. I get so much more than money could buy from doing this kind of work.”

Volunteers contribute more than 157 million unpaid hours of work in New Zealand annually. Stanton said these volunteers need to be celebrated and recognised.

“Benjamin Franklin said, ‘An investment in knowledge pays the best interest’. We want to provide the very best care to our residents. To do this, those proving the care in all contexts need to have knowledge. By training staff and volunteers, they can perform their roles with understanding and increased awareness of residents’ needs.”