The teenager who’s breaking the stigma around aged care work

The 19-year-old from Takapau is an Activities Assistant at Waipukurau’s Woburn Rest Home. It’s a role she never knew existed just over a year ago.

“It didn’t even occur to me that there would be an activities role in rest homes, even though it does make sense now that I’ve done it.”

The Central Hawke’s Bay College past pupil left school early to pursue training in areas that piqued her interest. She tried so many things – from hospitality and retail to mechanics and tiling.

“Pretty much anything I could get my hands on, I wanted to try,” Nika said. 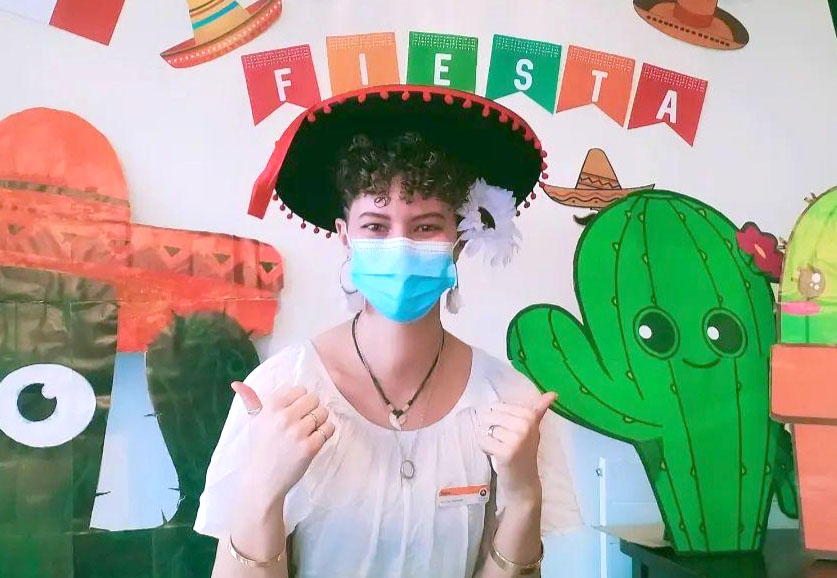 Following what she describes as a ‘hellish year’ in 2020 recovering from a broken leg and a broken collarbone in separate accidents, as well as a long time out of work, Nika was introduced to a life coach. It was the push she needed to get back into things.

“She drove me to the rest home where I now work and told me to get out of the car and she’d pick me up afterwards,” Nika said.

On that day, Nika knew she’d discovered her passion: “I fell in love with the atmosphere… I felt like I’d finally found my place.”

Nika was offered the job on the spot. Since then, she has been wanting to lift the satisfaction of her residents by trialling all sorts of activities that they’d never done before. There’s been a Mexican fiesta, teddy bear tea parties and even water balloon fights.

Her favourite activity so far has been the Woburn Olympics. Residents were assigned different countries and could score points. Nika organised face painting, opening and closing ceremonies, and even a robot mascot called ‘Ro-burn’.

Aside from organising activities, Nika is undertaking a Diversional Therapy Apprenticeship through Industry Training Organisation, Careerforce. She dedicates Tuesday mornings to her study, which she is paid for, and hopes to have it completed in March.

“I’m a bit of an addict to certificates. I make a joke to my mum that the only reason I’ll be getting married is to get the certificate,” she laughed.

“Nika is a great example. She came in for an interview, got the job and has now almost finished her Diversional Therapy Apprenticeship – all within two years.”

“Nika is an empathetic, articulate and creative young person, who has a special connection with her residents. It is, I guess, a connection that a lot of the people wouldn’t normally have with the carers because most carers are older,” Nicki said.

Developing solutions for an ageing workforce 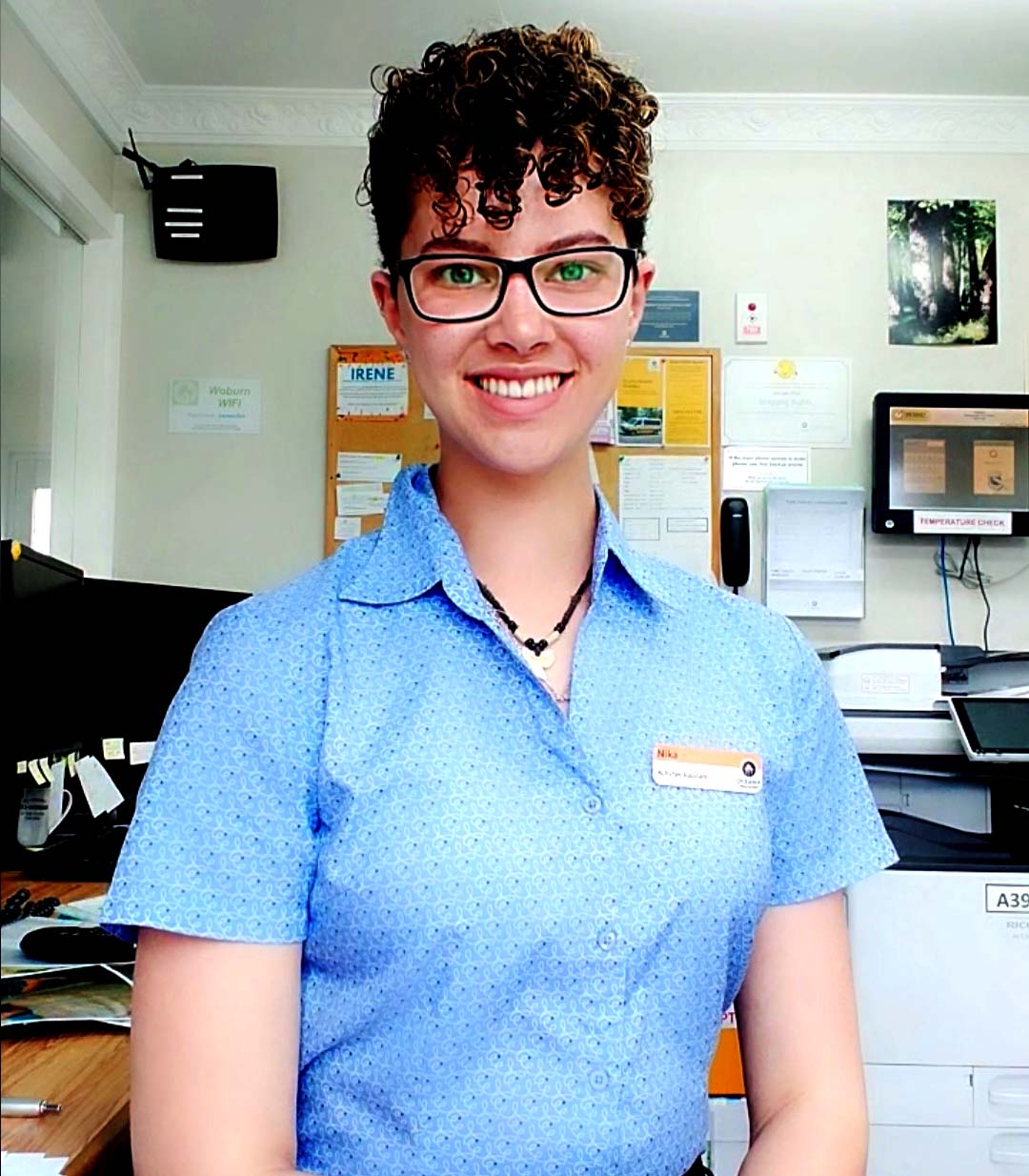 Nika earns while she learns as a Diversional Therapy Apprentice.

In her assessments, Nika identified that the ageing workforce was becoming the key issue driving the need to attract younger people to the sector, especially in Hawke’s Bay.

“The ageing workforce is about to need care themselves, and there’s nobody to replace those jobs,” Nika said.

“I think there’s a stigma around the work that doesn’t need to be there.”

Through her own initiative, Nika has come up with solutions to get young people interested. Her siblings are now on the Woburn Rest Home activities calendar. Her brother does a regular comedy skit, her younger sister performs dance routines, and her older sister does floral arrangements with the residents.

Nika is also part of an industry-led group in Hawke’s Bay seeking ways to attract a younger, more diverse workforce. There are plans for her to speak at high schools, and she’s in the early stages of developing a leisure volunteering programme with a local youth group.

“When the youth volunteers are around, the residents just light up because they feel cared for by the younger generation,” Nika said.

The teenager’s drive to share her industry with other young people comes from her obvious passion for the work that she does.

“Every day is fun. I look forward to Mondays. Not everyone gets to say that, but I get to.”